The Housing Authority of the County of San Bernardino won a 2017 Award of Excellence in Project Design for utilizing an innovative modular construction format and building an affordable mixed-use community. Nominated from among the NAHRO Award of Merit winners each year, the Awards of Excellence winners are chosen by national juries and honored at the annual National Conference and Exhibition in October. They represent the very best in innovative programs in assisted housing and community development. The Project Design category focuses primarily on the physical or landscape design of a building or project.

During the first phase, 62 of the original 115 units were demolished to make way for 85 new affordable housing units throughout 13 two-story buildings. HACSB provided 84 Project-Based Vouchers, with one of the units set aside for the on-site manager. This initial phase, which cost approximately $35 million, was funded by 4 percent Low-Income Housing Tax Credits (LIHTC), tax-exempt bonds, and conventional financing.

The units are intended for households with incomes ranging from zero to 60 percent of the area median income (AMI). Subsequent phases will result in a total of 228 units, doubling the amount of housing available at Valencia Grove for low-income families. Upon completion, the housing community will include three park/playground areas, a recreational center with a swimming pool, and an educational facility.

HACSB and HPI took an innovative, three-pronged approach to the project:

An on-site deconstruction and construction training program were implemented to maximize the amount of salvaged material and to provide job training and experience for residents. Thirty low-income residents completed the program, which included both classroom and hands-on training on how to use construction tools, safety in the field, deconstruction of a building, and preparing materials for reuse. HACSB donated the salvaged items from the deconstruction program to the ReUse People of America, who opened a local store to distribute the items for reuse.

HACSB has shown their dedication to innovating affordable housing project design by revitalizing the oldest public housing site in their area using modular construction techniques as well as providing valuable job opportunities and skills to members of their low-income community. Their design and implementation of the Valencia Grove project was cost-effective, had a low environmental impact, and created an environment where people can form a community. 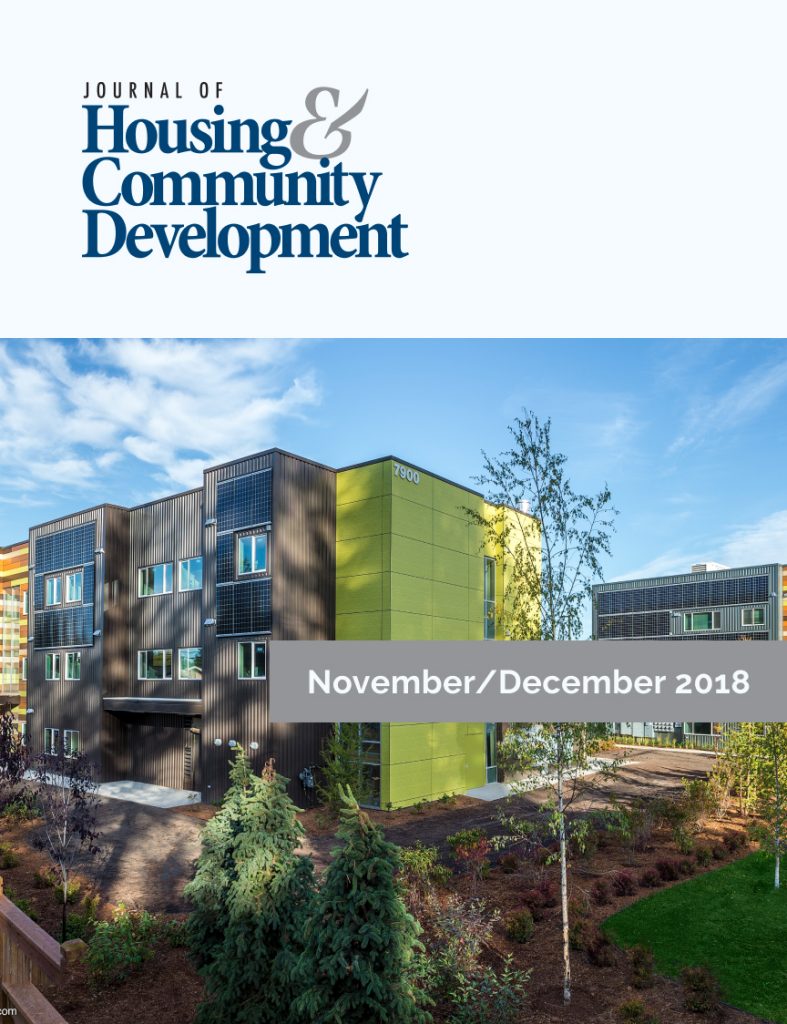 Housing Alliance and Community Partnerships (HACP, formerly known as the Housing Authority of the City of Pocatello)…