From Homelessness to Home Construction in Salt Lake City 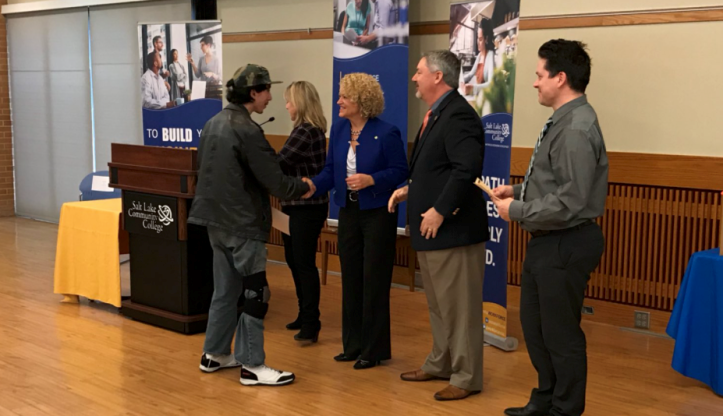 The Housing Authority of Salt Lake City wins a 2019 Award of Excellence in Resident and Client Services for developing the Framing Program for persons experiencing homelessness. Nominated from among the NAHRO Awards of Merit winners each year, the Awards of Excellence winners are chosen by national juries and honored at the annual National Conference and Exhibition in October. They represent the very best in innovative programs in assisted housing and community development.

In 2017, Salt Lake City, Utah created the Operation Rio Grande plan to revitalize a downtown neighborhood. The targeted neighborhood, which was also the location of the largest homeless shelter in Utah and 6 different homeless service providers, had seen high crime rates for years . When the city increased its focus on homelessness in connection with the Operation Rio Grande plan, the Housing Authority of Salt Lake City (HASLC) saw an opportunity to create a new employment training program.

The Framing Program is a more supportive alternative to the traditional job training route in Salt Lake City. In more traditional programs, clients typically must set up their own meeting with a job counselor at the State Department of Workforce Services. The Department provides information about training options, but it does not provide transportation, housing, or continued guidance. Clients are also responsible for sending their resumes to employers once they complete their trainings.

HASLC recognized several barriers in the job training process, especially for homeless individuals. Through the Framing Program, they wanted to help participants complete an employment training by ensuring access to basic necessities like housing and food. The program does not end at graduation, but also supports graduates as they transition from homelessness back into the community.

The program recruited its first cohort from direct outreach to homeless shelters and other provider locations. Twelve homeless individuals interviewed with all participating agencies before beginning the program. During the interviews, agency staff asked the clients how they could support their success over the course of their training.

Since construction workers were in high demand and paid relatively high starting wages, Salt Lake Community College selected construction as the program’s employment field for the program. The College developed a training program to provide instruction and hands-on experience with the skill of framing. Participants attended the course for 40 hours a week for 6 weeks (a total of 240 training hours). Framing Program participants also received life skills classes from the Utah Department of Workforce Services, which taught skills such as resume building and budgeting.

HASLC also designated some of its existing market housing for participants. HASLC provided furnished apartments for each participant for a 6-month term, and partners organizations stocked each apartment with food and checked in with residents on a weekly basis. HASLC Executive Director Dan Nackerman and the Salt Lake City Director of Economic Development Laura Fritts both met with all participants to provide guidance and support. Clients felt that the support they received from program staff helped them stay focused on reaching their education, employment, and housing goals.

Eight of the 12 original Framing Program cohort graduated after their 6 weeks of instruction. Each received a certificate of proficiency in framing. Immediately following the graduation ceremony, local construction companies donated framing tools to the graduates and conducted job interviews. Graduates had immediate access to hiring managers and construction job openings.

Program graduates also established a savings account. While living in their HASLC units rent-free for the remaining 4 months of the program, they deposited 25% of their income into the account once they secured employment. At the end of the 6-month program, the eight program graduates used their savings to cover security deposits and first month’s rent for new apartment units. Thanks to their employment and substantial savings, they were able to afford their own apartments without using housing subsidies.

Because all involved agencies donated staff time to the program, funding needs were minimal and mostly covered by the state. HASLC donated an estimated $15,000 in rental assistance for Framing Program participants. Salt Lake Community College developed and providing the framing course at no cost to the participants. The Utah Department of Workforce Services provided bus passes for program-related transportation requirements. The Framing Program was financially feasible because it leveraged these contributions from each participating organization.

For their next employment training program, HASLC received $10,000 from Morgan Stanley. They are working with partner agencies to identify other industries that could employ formerly homeless participants at a livable wage. 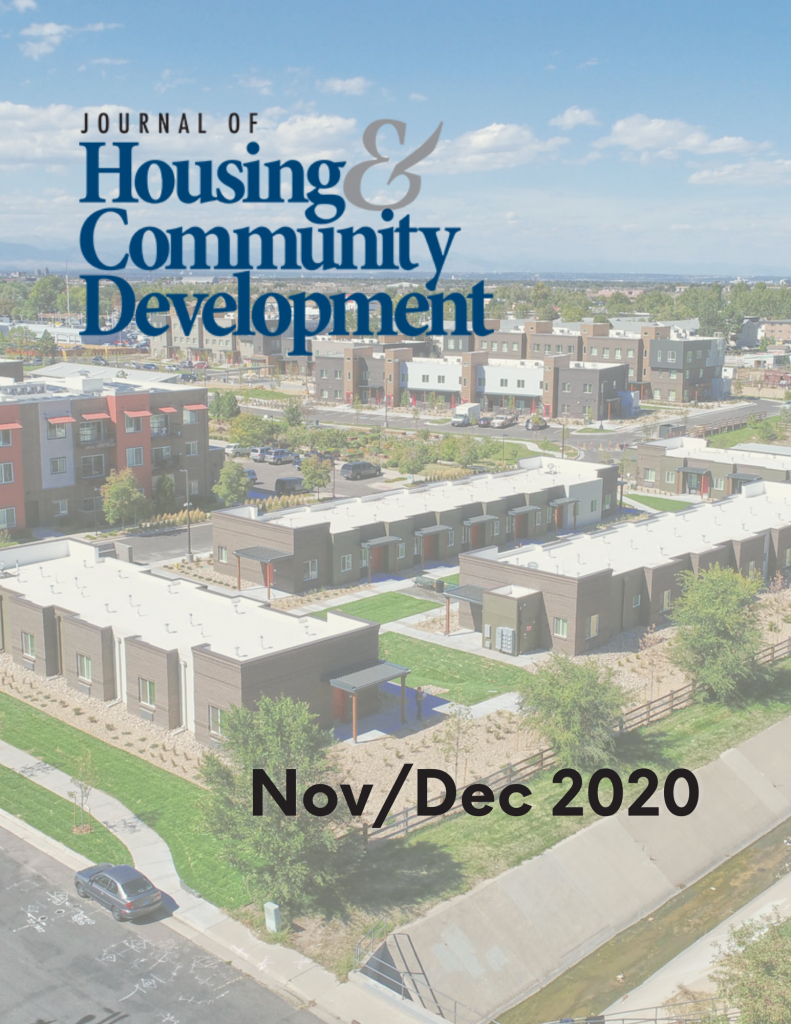 The COVID-19 pandemic has wreaked havoc on the economy and the lives of working families, with resulting…