From Office Building to Home 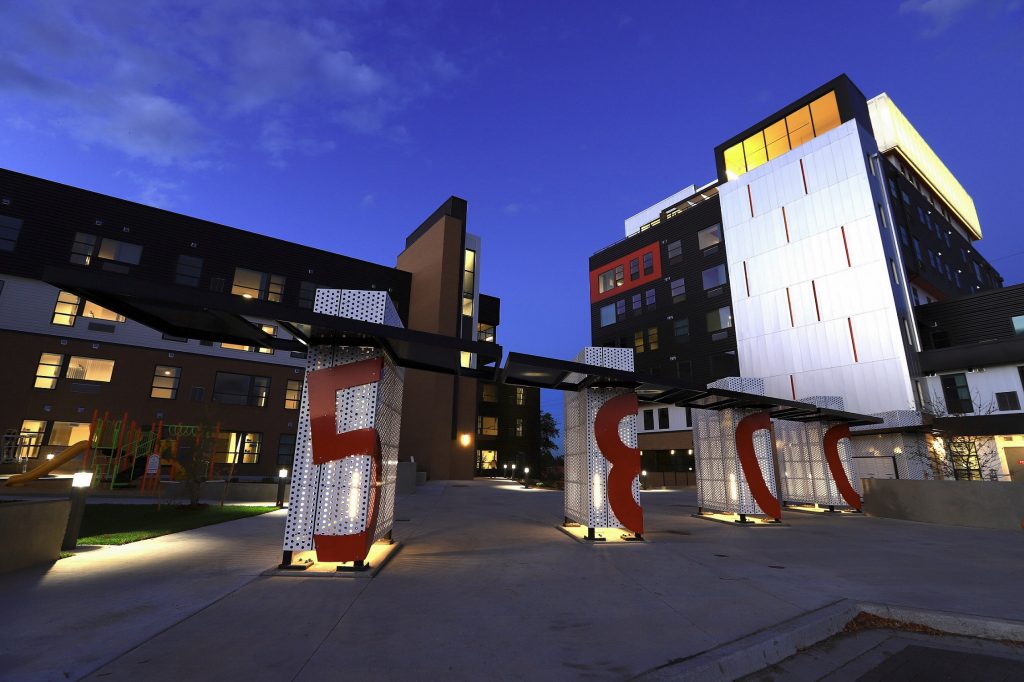 Metro West Housing Solutions wins a 2019 Award of Excellence in Affordable Housing for the Fifty-Eight Hundred development. Nominated from among the NAHRO Award of Merit winners each year, the Awards of Excellence winners are chosen by national juries and honored at the annual National Conference and Exhibition in October. They represent the very best in innovative programs in assisted housing and community development.

Over the past few years, the metro Denver area’s rapidly growing economy has caused both cost of living and rental rates to surge. Lakewood, Colorado has seen an increase in working families and individuals who are struggling to find safe, decent and affordable housing. Since early 2014, the average rent in Lakewood had risen by more than 23 percent, adding an extra $3,372 to annual housing costs for Lakewood’s renters. For those struggling to keep up with the skyrocketing cost of living, affordable housing is vital.

Before its transformation, 5800 W. Alameda Avenue was the site of an eight-story office building, six stories were never occupied, surrounded by unused parking. The tower connected to a long-abandoned single-story retail center that housed a dry-cleaning business whose onsite chemical disposal had contaminated the surrounding property. Due to its vacancy and brutalist architectural style, the building became infamous in Lakewood; developers avoided the neighborhood for nearly two decades.

MWHS saw an opportunity. After assembling a team of partners—JHL Constructors, architects from Sprocket Design-Build, and engineers from Martin & Martin and JCAA—a vision for the abandoned office tower began to take shape. The transformation required innovation, both in vision and construction, because office buildings aren’t designed to be apartments. The design team worked relentlessly to ensure that every apartment accommodated families while offering exceptional mountain and downtown cityscape views.

The 14-month construction process presented many challenges. The team had to work around structural columns and rebar tendons that could not be moved, figure out how to meet ADA requirements with a building constructed in 1981, and more. The construction team had to create a budget without knowing what they would find behind a wall. The successful transformation of the building’s challenging site highlights the creativity and problem-solving skills of both MWHS and the top-notch team of architects, designers, and contractors it assembled for this project.

The design of the buildings, which includes amenities like youth and adult education rooms, on-site bike storage, a community room, a rooftop deck with mountain views, and a fitness center, foster community among its residents. Additionally, MWHS employs an onsite Resident Services Coordinator to help residents connect to local resources and agencies. MWHS is committed to maintaining a safe and beautiful building while offering its residents vital resources as they work towards continued financial and economic stability. Although the construction of Fifty-Eight Hundred was funded by several different sources, these lasting resources are self-funded through rent collected from tenants. Now that construction is completed and residents have moved in, all property management is handled onsite directly by MWHS employees.

MWHS utilized a mix of public and private funding to build Fifty-Eight Hundred and provide its amenities. The project is also the first non-light rail and non-Denver County site to employ the innovative Denver Regional Transit-Oriented Development Fund.

Turning Fifty-Eight Hundred from dream to reality required innovation, a lot of creative problem-solving, and perseverance. This successful affordable housing community stands as a testament to the innovation, collaboration, and passion of a determined team. Through adaptive reuse and innovative financing, a once-vacant office tower now provides beautiful homes and the opportunity for financial stability to hundreds of residents. 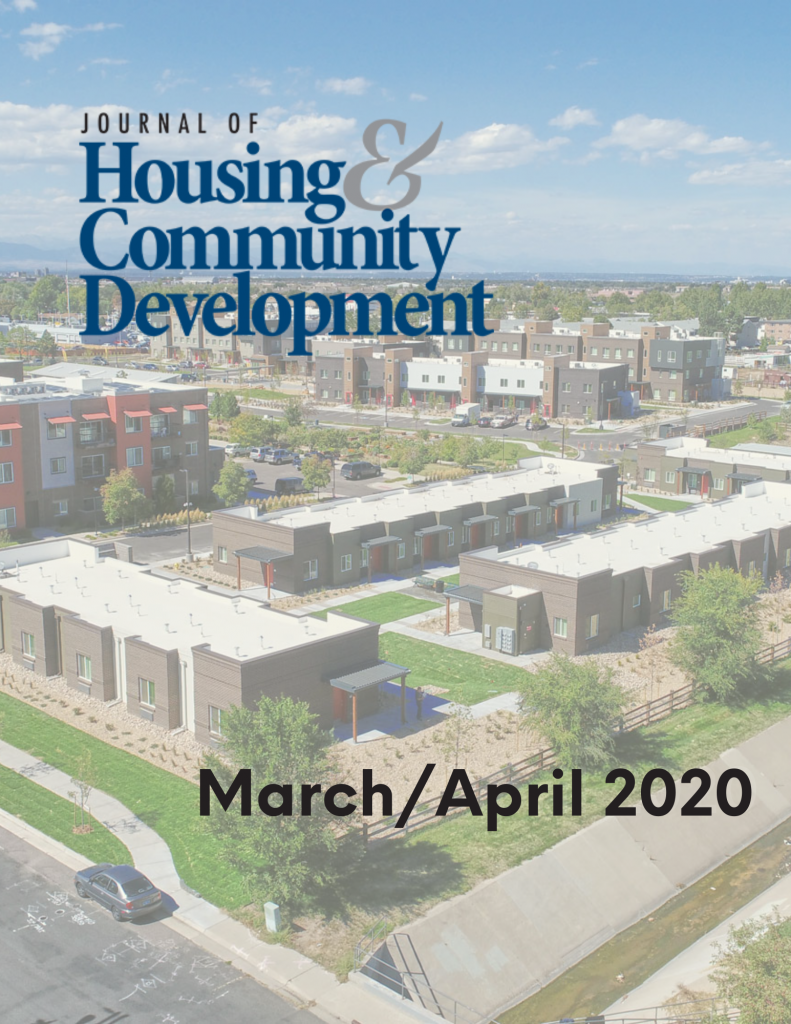