Rehabilitating Properties to Build a Community

Housing Catalyst wins a 2019 Award of Excellence in Community Revitalization for creating a new community by rehabilitating and combining three properties. Nominated from among the NAHRO Award of Merit winners each year, the Awards of Excellence winners are chosen by national juries and honored at the annual National Conference and Exhibition in October. They represent the very best in innovative programs in assisted housing and community development.

Fort Collins is a fast-growing community where the median sale price for a single-family home is over $400,000. Due to the high purchase prices, more people are renting, tightening the rental market and driving up the cost of rent. Local incomes have not increased with housing costs. In 2012, 285 apartments of affordable housing were at risk of being sold in the private housing market, which represented 15 percent of the city’s Low-Income Housing Tax Credit (LIHTC) affordable housing stock. The residential properties were constructed between 1991-1995 and in need of renovation and repair.

Housing Catalyst preserved the portfolio of 285 affordable apartment homes, now named Village on Shields, by purchasing and rehabilitating them. This $67.8 million project was the largest affordable housing preservation project ever attempted in Larimer County’s history; it required a complex funding structure that was almost derailed when the 2016 election caused a 16 percent drop in tax credit equity pricing, creating a funding gap of more than $3 million.

Village on Shields is a 17-acre property of 285 apartments, open green space, 76 garages, carport for 20 vehicles, leasing office, community building and swimming pool. The site consists of three pre-existing apartment communities that offer 1-3 bedroom units and has access to public transportation, recreation, schools, shopping, medical services, childcare, and parks.  The portfolio of homes was purchased “as is” in disrepair. The previous owner had deferred required maintenance for a significant amount of time in anticipation of selling the assets.

One of the goals of the rehabilitation was to fully integrate the three properties into a single community through extensive improvements to the common areas. The initial assessment of capital needs revealed that Housing Catalyst had over $30 million in repairs and safety issues to address. For example, the builder of the properties had not included gutter systems on the buildings, causing the siding and decks rotted over time. The damage was so severe that some decks were deemed too hazardous and couldn’t be used by residents. Also, the onsite clubhouse and pool had been closed for several years because they were deemed unsafe. The structures were condemned by the city due to their conditions. Housing Catalyst rehabbed the apartments, 76 garages, a carport, the leasing office, the clubhouse and swimming pool before reopening the property.

These were not the only structural challenges. More than 50 percent of the owner’s contingency was spent to replace water pipes. Housing Catalyst had to tightly control the construction costs and value engineer the project carefully. In addition, all renovation work needed to comply with standards that also challenged their cost containment efforts including: Enterprise Green Communities required standards, HUD, ADA and governing code requirements. With careful planning and attention to detail, the development team managed to resolve all these challenges and successfully remain within the budget constraints.

Housing Catalyst was also committed to relocating residents as the rehabilitation occurred. At the beginning of the project, the agency held several community meetings to discuss the process with residents and hired a professional relocation consulting firm. The consultant met with each household individually to address their needs and walk them through details of their moving process. All residents currently living onsite were temporarily relocated in an onsite apartment during the six weeks of renovation, then moved back into their renovated apartment when it was completed.

To fund the $67.8 million project, Housing Catalyst assembled a financing structure that included federal and state LIHTC equity, city and state grants, loans, financing backed by private activity bonds and public housing sale proceeds through the Rental Assistance Demonstration (RAD) program. RBC Capital Markets, other lenders,  and Housing Catalyst agreed to pay for the additional cost through the construction contingency and additional investment by RBC. As a result, they used over 50 percent of their owner contingency before starting the rehabilitation. In the end, the community was financed using a funding structure that included public housing disposition through the Rental Assistance Demonstration (RAD) program, disaster recovery funding, 4 percent federal housing tax credits and state housing tax credits, along with City of Fort Collins HOME and CDBG funds. The closing occurred in September 2017 and construction began immediately afterward.

Housing Catalyst serves as both the owner and property manager, and is committed to keeping this community affordable in perpetuity. The purchase and redevelopment of Village on Shields not only preserved 285 units of affordable housing, but also created common spaces that improved the lives of more than 600 residents and allowed them to better connect to each other and to the larger community. 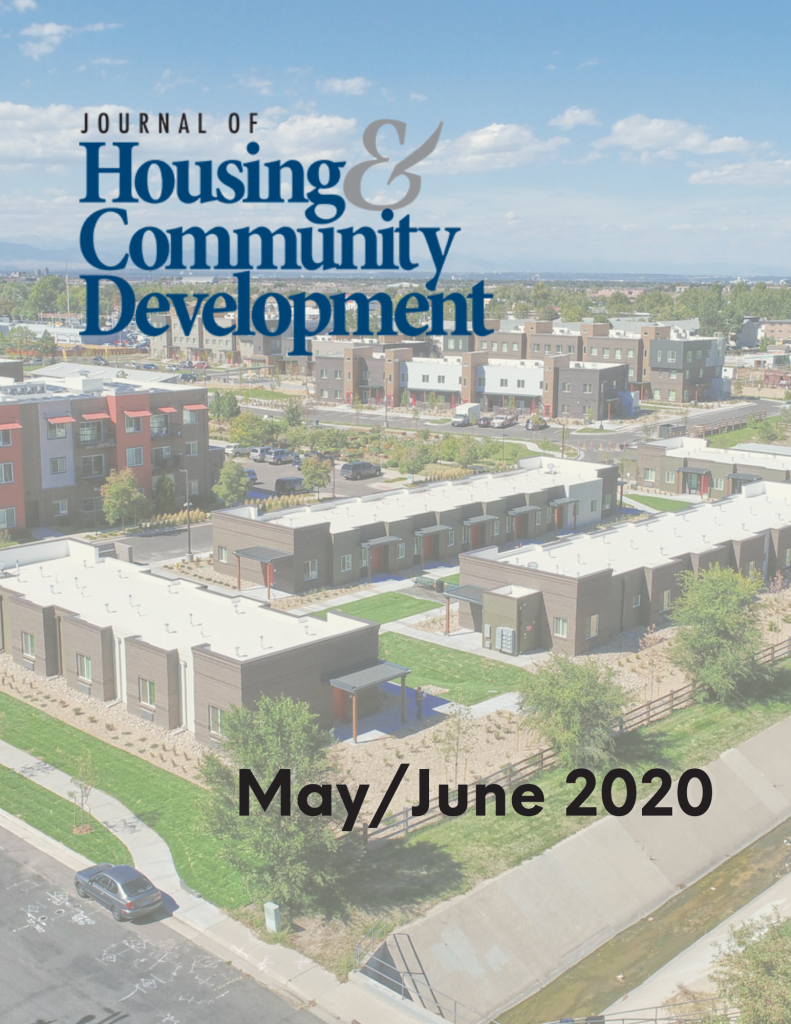