A Look at “The State of the Nation’s Housing”

The Harvard Joint Center for Housing Studies (JCHS) has released its annual report, “The State of the Nation’s Housing 2019,” which uses a host of metrics to evaluate the nation’s current housing dynamics. It is broken down into five sections: housing markets, demographic drivers, homeownership, rental housing, and housing challenges. Overall, housing demand still exceeds supply for many renters, and multiple forces could exacerbate this problem in the future. The following is a summary of the report’s findings.

Housing Markets
2018 saw a strong economy that led to improved incomes and more new households formed, but the overall housing market was weaker than the broader economy. JCHS notes that the leading cause could be a shortage of affordable housing generally, as housing price-to-income ratios continued to rise. They highlight the fact that both baby boomers and millennials are large cohorts and that the latter will soon need first homes to buy and to rent, so the supply of affordable housing will need to increase. Though the location of new construction varies, they point out that overall, much of it remains too unaffordable to rent or buy.

Demographics
Both millennials and the generation following them are large groups—millennials, they note, are the largest generation in American history. Therefore, as these people reach their lower thirties and start to buy homes, they should balance out the deaths of baby boomers and household growth should remain consistent. An important change, though, is that the number of households comprised of native-born citizens minus deaths will shrink, and immigration is going to become an integral part of housing demand. Immigration policy could significantly alter the need for housing in the future.

In the aggregate, income inequality is widening, and as more people are entering poverty, many also live in poor neighborhoods. Simultaneously, intrastate mobility continued its previous trend of decreasing in 2018. Finally, affordability affected the creation of new households. Because there is a lack of affordability across the country, more young people who might ordinarily form their own new households are living with their parents. Though the level of unaffordability varies locally, they show that this was a common feature across 2018 data.

Homeownership
The homeownership rate increased in 2018, and population growth ought to continue to drive it up more in the future. In the last year for which they have data, JCHS notes that more than 54% of first-time home-buyers were under 35 and bought smaller homes than repeat buyers. Total homeowner costs increased from 2017 to 2018, and most renters could not afford a small down payment on the median home price in their area.

Rental Housing
While multiple homeownership metrics that they chose reflected growth, there was a decrease in new households renting. Since 2011, they show that the supply of housing that rents for $800 per month has fallen in the vast majority of metro regions nationally. Much of the rental market is affected by renters who are willing to pay higher rents. JCHS predicts that demographic factors will continue to drive demand for more affordable housing but that this type of housing will not be supplied in a large enough quantity. Across the country, the price of renting continued to increase in 2018, and most of the country had low vacancy rates.

Challenges
The number of cost-burdened homeowners has fallen since the recession, but the number of cost-burdened renters remains nearly as high as ever—and JCHS shows that cost-burdened households make difficult decisions, like spending significantly less on food, healthcare, and transportation. At the same time, there is a shortage of private and subsidized housing, especially among those earning less than 50% of an area’s median income or in expensive metro areas. Because of the tremendous need for housing among the poorest residents in an area, HUD’s subsidized housing is in extremely short supply and is shrinking. The Low Income Housing Tax Credit (LIHTC) has been helpful, but JCHS demonstrates that it was often used to support the existing housing stock. Many PHAs face significant capital and operating budget shortages. Meanwhile, homelessness increased slightly in 2018.

To combat this scarcity, state and local governments have begun acting to bolster support for housing, though these are often small improvements. Looking ahead, private companies have also started to focus on housing dynamics as well. Finally, the report explains that natural disasters have been particularly destructive for the existing housing stock, and that both the number of disasters causing at least $1 billion worth of damage and the average annual cost of disasters have risen since 1980.

Conclusion
The JCHS report notes that overcoming housing challenges will require a greater effort from both public and private sectors. As the economy has improved, housing markets have not improved at the same rate, and the demographic conditions described above will result in more people who need affordable housing.

The full report can be found here.

Andrew Van Horn is a graduate student at the University of Michigan. He interned with NAHRO during the summer of 2019. 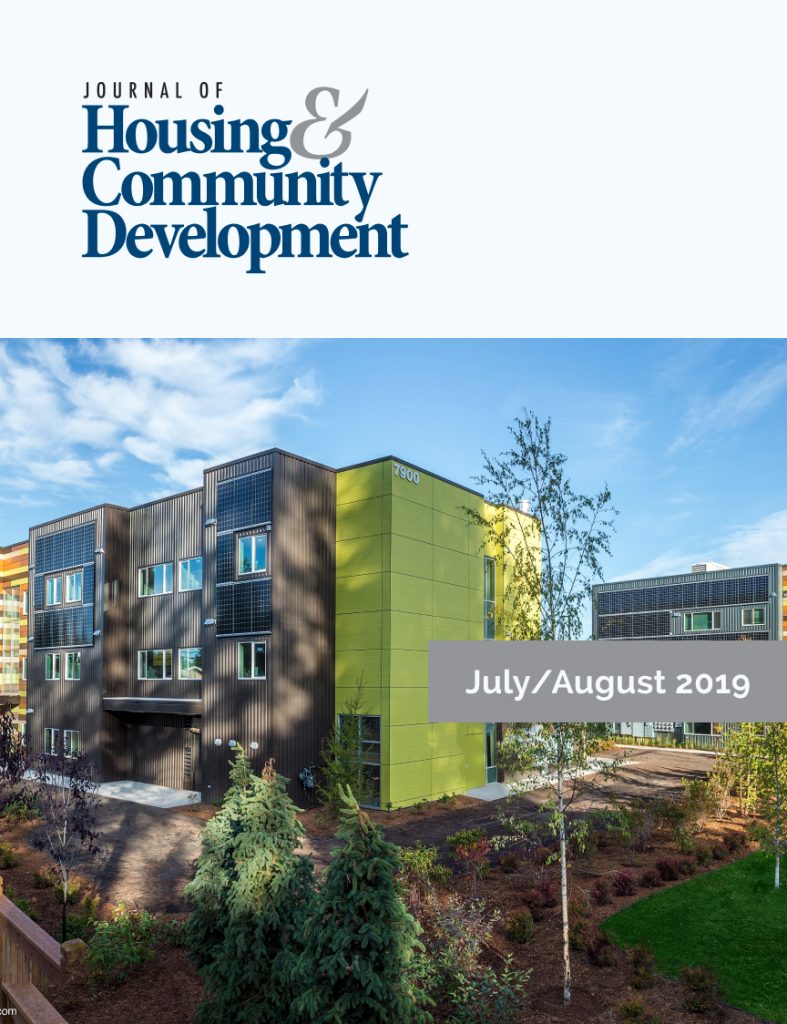 Industry Concerns: Change and Attrition The affordable housing industry is changing. Over the years, studies by major…